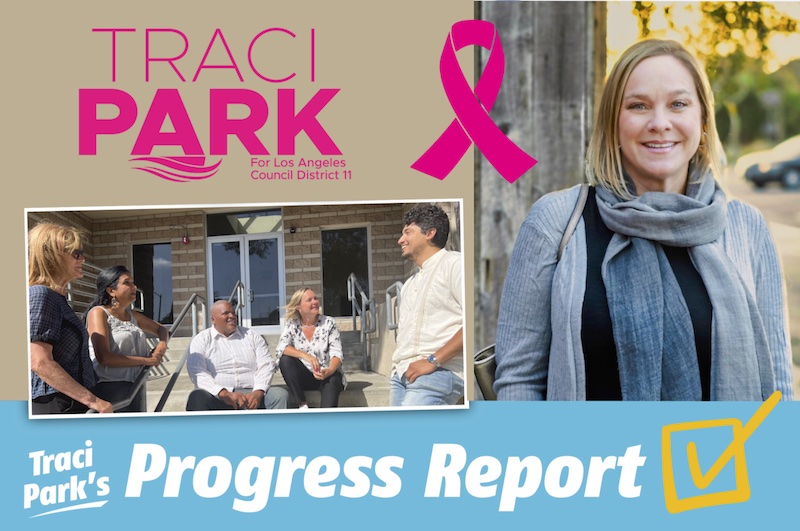 It has been an another incredibly busy week on the Traci Park campaign, and we are excited to share an update with you!

It Starts With Empathy

Traci was honored to be a guest at the Above & Beyond Awards Ceremony, which took place on Thursday at the Westin Bonaventure Hotel in downtown Los Angeles. Presented by the Los Angeles Police Foundation, the event honored 14 heroic men and women of the LAPD, and paid tribute to fallen heroes.

Traci had the good fortune to be seated next to Sylvia Villanueva, the mother of Sergeant Marcos Villaneuva, who received a medal of valor for “preservation of life.” When Sergeant Villanueva encountered a suspect armed with a knife in January of last year who repeatedly and aggressively demanded that Villanueva shoot him, Villanueva repeatedly told the suspect to drop the knife so he could save his life, refusing to shoot him. Although the situation continued to escalate and become more dangerous, officers eventually took the suspect into custody without use of lethal force.

When Traci asked Sylvia what it was about her son that he chose to preserve a life, she said: “I taught him that all life is sacred. It starts with empathy.”

A good lesson for these times.

“I am truly honored to have the endorsement of the frontline officers from the LAPD, and when I am Councilwoman, I will work hard to make sure they are fully staffed and funded to do their very difficult and important work,” said Traci.

(Below, Traci with Sylvia Villanueva; Sergeant Villaneuva receiving his medal of valor; Traci with Elex Michaelson; Traci with Chief Moore) 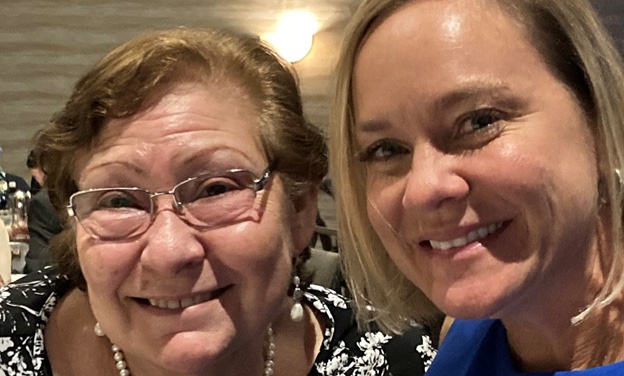 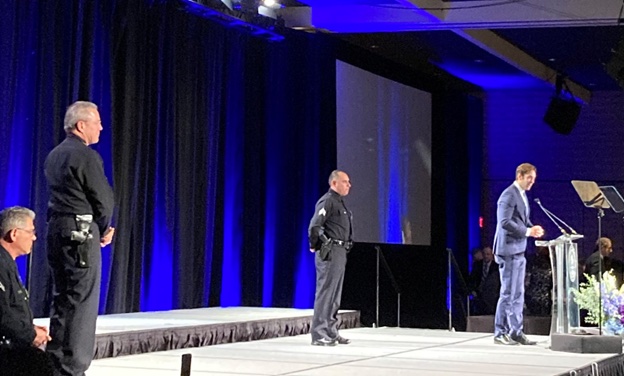 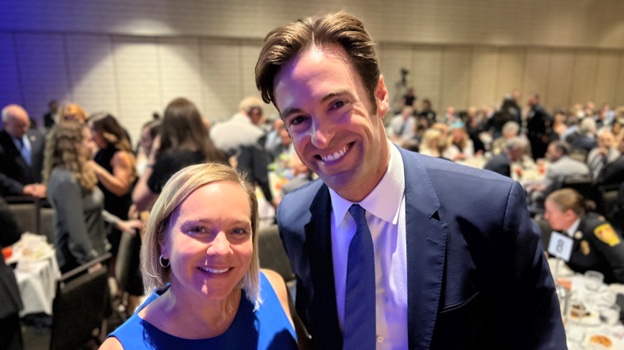 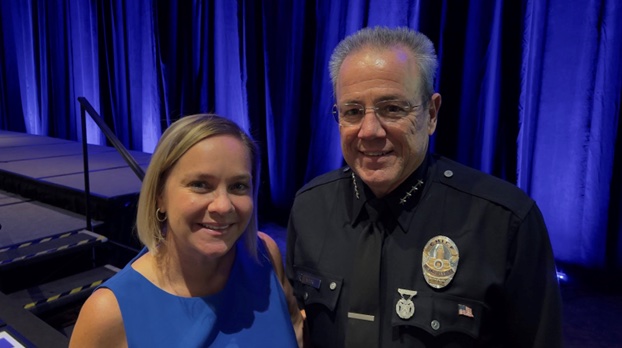 Residents from every corner of CD11 came together on Wednesday to rally at the Westchester Senior Center, which closed last week due to safety concerns, after Mike Bonin installed fencing and hired armed security to protect his own municipal office at Westchester Park.

Traci showed up in solidarity with the protestors, who are dismayed about Mike Bonin’s failure to take seriously concerns about public safety at the park and the detrimental impacts the crime is having on local seniors, kids, and families.

“People from every corner of CD11 turned out to demand safety in our public parks,” said Traci. “I stand with all residents who want to keep seniors, kids, and families safe.”

Traci’s visit to the Westchester Rally made the news, and here are a couple of the news stories and news clips she was featured in: 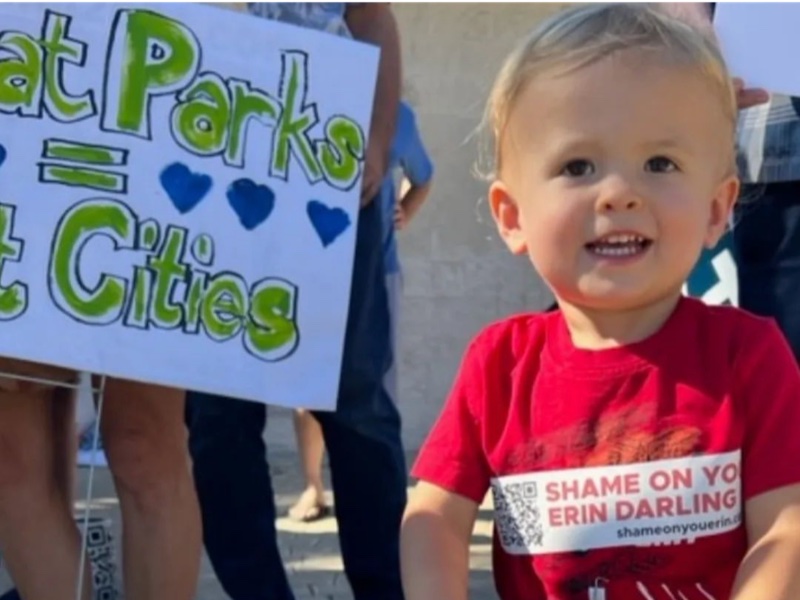 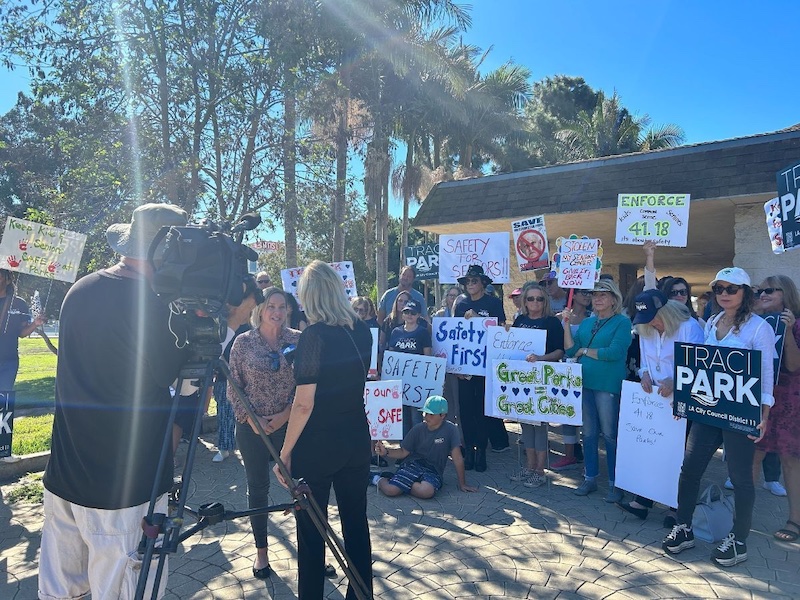 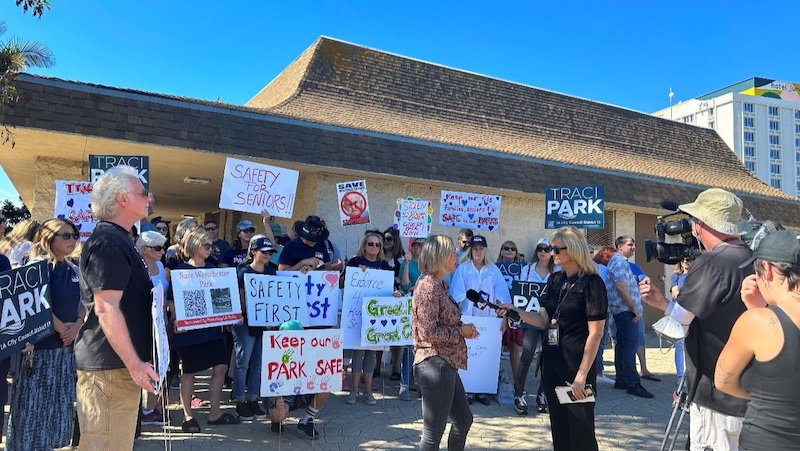 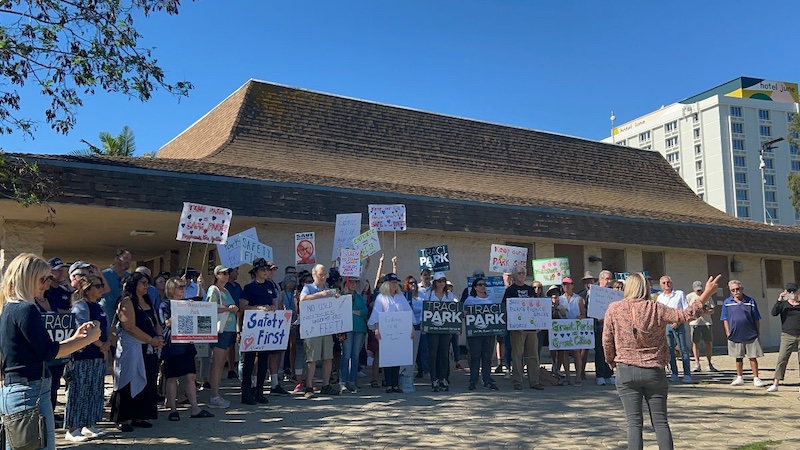 Traci’s Campaign Continues to Pick Up Momentum With New Endorsements

With Election Day less than three weeks away, the endorsements are still pouring in!

Hear why Traci is supported by a diverse cross section of Angelenos from CD11, who all share Traci’s goal of bringing back safe neighborhoods. Watch our video below:

It was another whirlwind week of community meetings, candidate forums, and Traci owning her opponent, who continues to dodge questions about enforcing 41.18 and refuses to commit to restoring public safety. 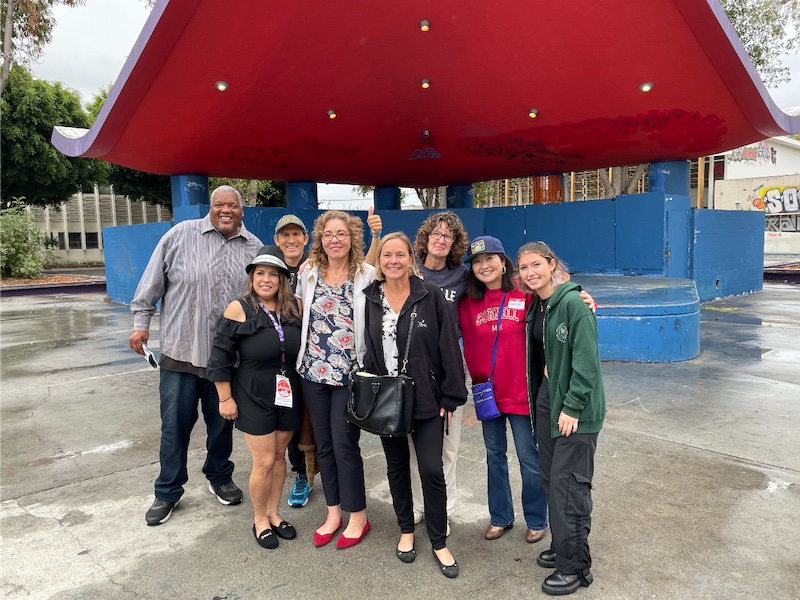 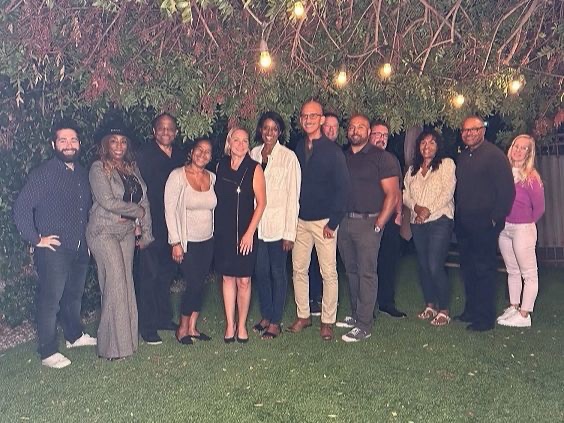 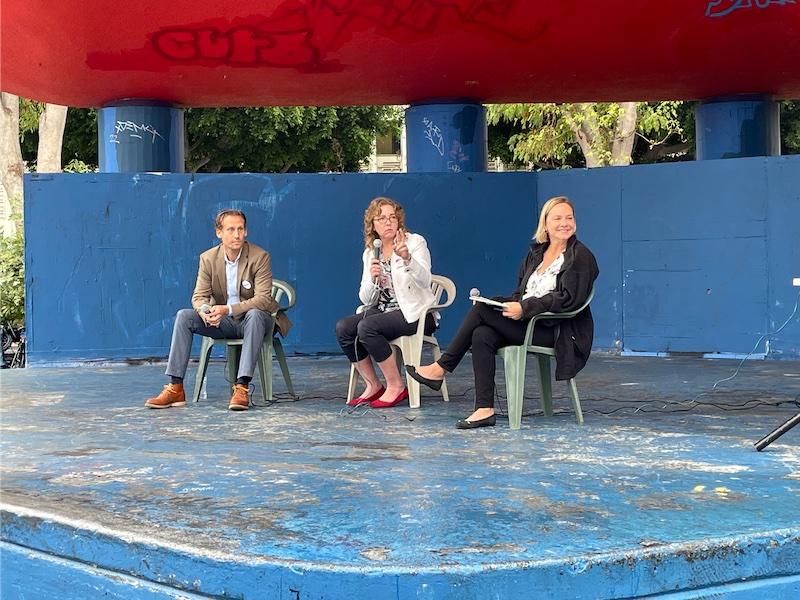 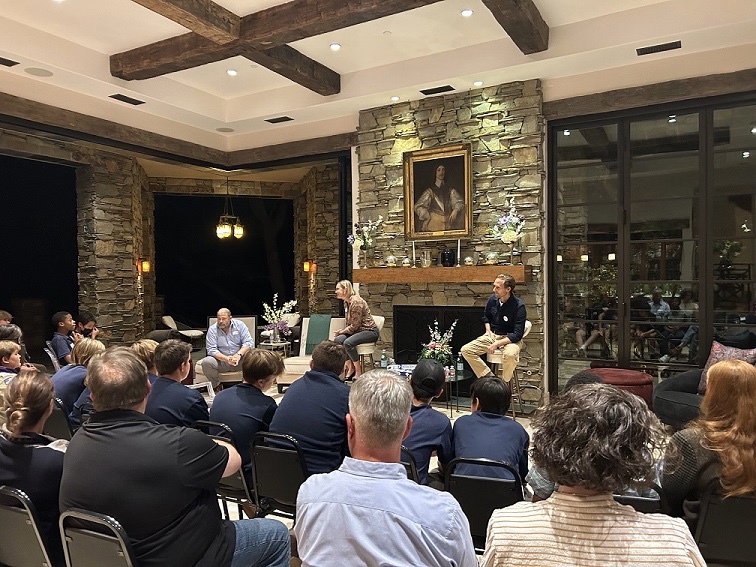 We had a Zoom Campaign Rally which resulted in 100 participants earlier this week! With just 18 days left, there are so many ways that you can get involved.

We need your help engaging voters including door knocking, phone banking, texting, and helping us out on Election Day!

We are having a volunteer canvassing training session at the campaign office at 10am tomorrow (10/22) and encourage you to join to get trained, get material, and get talking to voters!

If you are feeling inspired to pitch in, sign up on our volunteer sign-up form or email [email protected].

You can text and phone bank from home but it’s much more fun in the office. 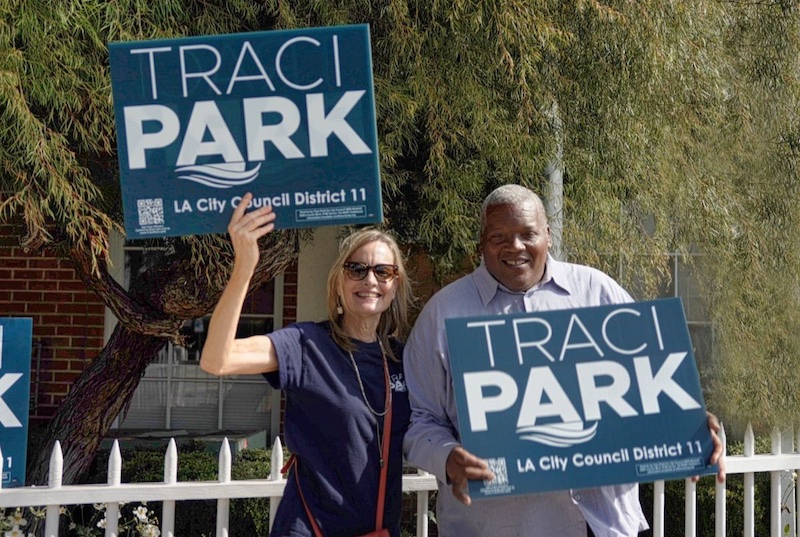 Less than one month until Election Day, and early voting has begun! We need all of you to email your friends and tell your neighbors why Traci is your candidate for CD 11.