L.A. on the Record: Can free campaign money help even the playing field?

Good morning, and welcome to L.A. on the Record — our local elections newsletter. This is David Zahniser, with an assist from Julia Wick, offering you the latest in our run-up to the June 7 L.A. city election.

Real estate developer Rick Caruso blew the lid off the city’s campaign fundraising records this week, filing paperwork that shows he has poured $22.5 million of his own money into his campaign.

On a financial level, that makes for an astonishingly lopsided contest. But Rep. Karen Bass did come in first in one key metric: Her campaign secured more than $1 million in public matching funds, more than anyone else in the race and very close to the maximum offered by the city.

That will make only a minor dent in Caruso’s massive financial advantage. At this point in the campaign, it’s fair to say that Bass, who has raised about $3 million, will need every last dollar.

Bass is not the only candidate relying on matching funds, a taxpayer-funded program overseen by the city’s Ethics Commission. City Atty. Mike Feuer has collected nearly $750,000 of those funds, while Councilman Kevin de León pulled in more than $400,000.

It’s fair to say that most voters aren’t aware of the matching-funds system or how it works. If a mayoral candidate receives a contribution from a private donor, the city will match up to $214 of that donation with six times that amount in public funding, providing $1,284 in public funds.

For council candidates, the city will match up to $114 of a private donation, delivering $684 in public funds — again, a 6-to-1 match.

Matching funds “offer a way for grassroots candidates to have a viable shot,” said Rob Quan, an organizer with Unrig L.A., an advocacy group that has worked to make matching funds more easy to obtain.

Quan says the matching-funds system makes races more competitive, inspires more newcomers to run for office and ensures that the city’s elected officials are more responsive, since they have less of a financial advantage and are now more vulnerable to challenges.

Still, there are limits on the amount of money the city distributes. And the program does have some strings attached.

To get matching funds, citywide candidates must show they have collected donations of at least $5 from 100 individuals in the city. (For council candidates, that means 100 people within their district.)

The city won’t match donations from people who live outside of Los Angeles or contributions made by companies, corporations or labor unions.

Bass, through a spokesman, said her success in securing matching funds showed she had broad grass-roots support. Caruso has said in recent days that that he too is raising money from everyday Angelenos — and, unlike some of his rivals, isn’t seeking funding from special interests.

Needless to say, Caruso is not participating in the city’s matching-funds program. Neither is Encino businessman Ramit Varma, who has put $4 million into his campaign so far.

Because there are limits on the amount of matching dollars provided to each candidate, the funds can be stretched only so far.

Still, the city’s 6-to-1 fundraising match is giving a serious boost to some down-ballot candidates.

Accountant Kenneth Mejia, currently running for city controller against six rivals, has pulled in $428,000 in matching funds, far more than any of his opponents. On the city’s Eastside, community activist Eunisses Hernandez has collected $161,000 in her race against Councilman Gil Cedillo, who has not yet received any public funding, according to the Ethics Commission website.

In the city’s coastal neighborhoods, attorney Traci Park has also pulled in $161,000, more than any of her opponents in her bid to replace Councilman Mike Bonin.

Park said her matching-funds success showed she had the broadest support of the eight candidates running to represent Westchester, Venice and other neighborhoods. A first-time candidate, she now has more than 1,000 individual donors.

“This was an investment that our community has made in our movement for change,” she said.

The reason some candidates receive more matching funds than others can hinge on multiple factors, such as how many of their donors live outside of Los Angeles. Meghan Choi, campaign manager for Hernandez, highlighted her candidate’s success in securing small-dollar donations — those under $100.

“Everything that we have seen in the fundraising period has demonstrated that it is possible to fund a competitive campaign with grass-roots and small-dollar support,” she said in an email.

— DIGITAL ADS FOR BASS: Communities United for Bass for L.A. Mayor 2022 — the independent expenditure committee supporting Bass’ mayoral bid — recently put $500,000 into ads on social media, streaming and other online platforms. The committee has raised nearly $1 million, more than a fourth of it from Dignity CA SEIU Local 2015, the political arm of a union representing nursing facility and home-care workers.

— WALKING THE DOG: After polling in the low single digits, Feuer is banking on a dachshund named Martin to deliver a much needed boost to his campaign. The dog/actor is the breakout star of Feuer’s buoyant new campaign ads, traveling with the city attorney as they pass a number of very L.A. spots: the Hollywood Walk of Fame, Pink’s Hot Dogs and even skid row.

— BUT SERIOUSLY: Councilman Joe Buscaino took a more buttoned-down approach to his campaign advertising, unveiling a 30-second spot this week that focuses on his efforts to address homelessness. The ad features grim images of encampments and shots of Buscaino, a former LAPD officer, in uniform.

— BILLBOARD BUYS: Varma moved $2.5 million of his own money into his campaign last week, for a total of $4 million. He’s focusing heavily on billboard advertising, radio spots and digital marketing — not television.

— REJECTION LETTER: Mayoral candidate Gina Viola received some bad news from Cal State Los Angeles about her ongoing effort to appear onstage with other mayoral candidates on Sunday. Victor King, an attorney for the university, said event organizers ruled her out after looking at the candidates’ endorsements, fundraising, media coverage and standing in the polls. Viola replied by asking: “Is this democracy?”

— FINE WITH 39: Viola did spend some time spelling out her campaign platform to KCRW, calling for a $39 minimum wage in Los Angeles. Viola said that, as mayor, she would help businesses struggling to pay that higher wage by providing them subsidies. Funding for those subsidies would come from cutting the LAPD, she said in the interview.

And in non-campaign news …

— REFLECTION ON A DARK ANNIVERSARY: Thirty years ago this week, the four police officers on trial for savagely beating Rodney King were acquitted and Los Angeles exploded in days of unrest. This week, Times reporters have written about the riots’ legacy in South L.A. and Koreatown, what the media misunderstood about the Black-Korean conflict and a recent poll that found Angelenos to be deeply pessimistic about race relations and many other stories.

— EXPENSIVE EMAIL “VITRIOL”: The L.A. City Council agreed to pay $1 million to settle a discrimination case filed by a former lawyer in Feuer’s office. That payment was recommended after the city’s outside law firm found that lawyers in Feuer’s office had sent emails about their co-worker that were full of “vitriol and spite,” severely undermining the city’s defense.

— WRIGHT AND WRONG: The former top executive of the Los Angeles Department of Water and Power was sentenced to six years in prison this week for his role in a bribery scheme. “I really messed up the rest of my life at the end of my career,” former General Manager David Wright told the judge.

— ONE WORD, PLASTICS: The City Council approved a dozen measures aimed at tightening restrictions on plastic bags, utensils, food containers and other disposables with a goal of making Los Angeles a “zero waste” city. The most immediate changes will take place at city-owned facilities and sponsored events, reports The Times’ Susanne Rust.

— HUIZAR TRIAL DELAY: A judge has once again pushed back the trial date in the federal government’s corruption case against former City Councilman Jose Huizar, who represented downtown and part of the Eastside. The trial, which also features former Deputy Mayor Raymond Chan as a defendant, is now set for Feb. 21, 2023.

Money mismatch in the Valley

We started out the newsletter talking about the big money in the mayor’s race and how Caruso’s campaign spending vastly exceeds that of his opponents. But there are also some serious financial mismatches further down the ballot, particularly in the San Fernando Valley. 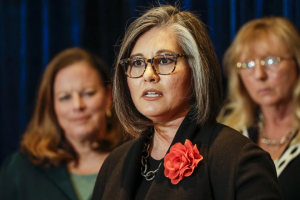 In the West Valley, Councilman Bob Blumenfield has collected more than $255,000 so far in his bid for a third and final term. That means he has raised nearly $15 from private donors for every $1 collected by opponent Scott Silverstein, a real estate broker who has raised about $17,000.

At the other end of the Valley, Councilwoman Monica Rodriguez has pulled in $355,000, putting her light years ahead of her opponent, Elisa Avalos. For every $1 raised by Avalos from private donors, Rodriguez has received $22.

Mark Dutton, campaign manager and spokesman for Avalos, said his candidate was relying on volunteers to get her message out. “We’ve just been speaking to as many people as we can,” he said.

Silverstein said he too was not discouraged. He’s relying on social media and door-knocking to get out his message, which focuses on hiring more police officers and changing the way the city fights homelessness, leasing facilities instead of building or acquiring them.

“I knew when I was getting into it that he was going to get the big dollars,” he said. “It’s unfortunate that that’s the way the machine works, but it does.”

So far, neither of the underdogs has received any matching funds to bolster their council bids. Rodriguez, now running for her second term representing Pacoima, Sylmar and other neighborhoods, has secured nearly $99,000 in those funds.

(If you have an endorsement you’d like to flag for next week, please send it to us.)