“I am very proud to have the Chamber’s endorsement,” said Traci, a Venice resident and attorney who represents municipalities and businesses all across the State. “The Chamber represents businesses that employ tens of thousands of CD11 residents.”

“Traci has clearly demonstrated to the L.A. Area Chamber that she values Los Angeles’ major employers and job producers as partners in helping bring greater prosperity to the residents of CD11, and that she is committed to providing the CD11 workforce with new and affordable housing options near where they work in order to help fight climate change. We look forward to working with Traci as CD11’s next Councilmember and strongly urge voters to join us in supporting her,” said the Chamber.

Traci entered the race to unseat Councilman Bonin nine months ago. On January 26, 2022, Bonin announced he would not seek reelection.

Traci’s endorsement by the Chamber came after she outlined her four-point plan for bringing good jobs to CD11. Here’s her plan:

1. Partner with tech and entertainment companies to keep these growth industries in LA. District 11 used to be an economic powerhouse that attracted entrepreneurial talent and industry. However, since the pandemic began, we’ve lost more jobs than any other district in the City except CD4. Traci will support business friendly initiatives that restore CD11 to it’s distinctive place as a hub for entertainment and technology endeavors.

2. Create job training and placement programs, and reduce the bureaucracy that keeps would-be small business owners from getting permits. Among those hit hardest by the pandemic are family-, women-, and minority owned small businesses. These demographics are vitally important parts of CD11 and deserve to have greater support.

3. Make CD 11 a home for clean energy and green technology and businesses committed to best practices that align with the environmental values of our coastal community.

4. Focus on the leisure and hospitality industries. CD11 is home to LAX and beach destinations famous around the world. Thirty percent of the Westside economy is tourism driven. Unfortunately, our local hotels, restaurants and visitor serving retail economy has suffered terribly due to the one-two punch of the pandemic and the public safety crisis. Traci will restore our coastal district as a destination point for visitors from around the world and invest in industries that bring billions of dollars to our local economy. 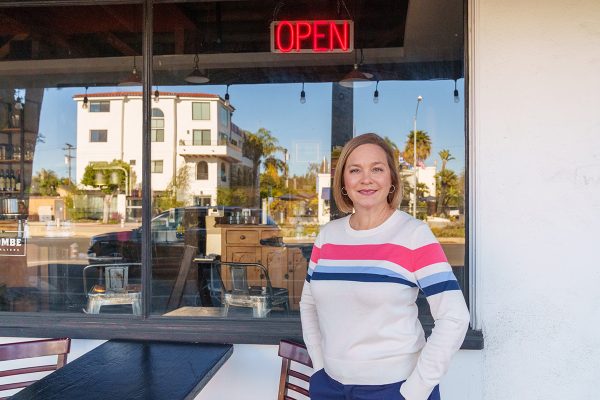 Traci also will use her City Council office to promote the construction of workforce housing for forgotten low and middle-income families. She believes CD11 should offer Angelenos, especially those who work on the Westside, housing options that enable them to live near their workplaces.

We all know it’s going to take hard work to get back on the right track and Traci is already out there doing it. Click here to see her detailed RENEWAL plan and learn why she has the skills to get things done for your families and businesses.

We know you agree that we desperately need a change in leadership for CD11. The same old insiders who sat on the sidelines while our neighborhoods suffered will not bring that change. Traci is in this to be your voice at City Hall.