Many of you have asked me where I stand on the effort to Recall Mike Bonin. I’ve made the petitions available at my events for several months now, but I’ve been honest about the difficulties it creates for me as a candidate. Because of the recall, he is allowed to collect unlimited, uncapped donations, but I have a max of $800 per donor. Plus, he was able to repurpose more than $70,000 from a committee he opened back in 2016 to support Measure HHH. I don’t have a separate slush fund with thousands of dollars. I understand the timing is awfully close to a regular election, and recalls aren’t pretty. But, here we are.

Among the many offenses he has committed against his own constituents, let us remember just a recent few. Each of these, standing alone, is enough to recall him, but cumulatively, his actions are so reckless and detrimental, we have no other choice:

I am beyond impressed with the civic activism and engagement across CD-11 that it took to build the momentum and see this effort through. The recall team has put heroic effort into building their multi-partisan coalition, and I couldn’t be more proud of their dedication.

If you haven’t signed the petition yet, you should. And you need to do it today. Find a location to sign, or download the petition here: https://www.recallbonin2021.com/

Keep doing your best, and I will do the same. 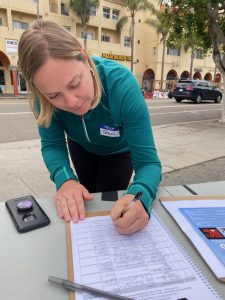 Hi Friends, On Wednesday, despite efforts of "activists" to shut down the meeting by screaming profanities at our elected officials, the LA City Council voted 11-3 to ban homeless encampments within 500 feet of schools and day-care centers, choosing to stand with...

Hi Friends, I hope you are having a great holiday weekend! As we celebrate the Fourth of July with friends and families, I am called to reflect on the adoption of the Declaration of Independence. As our founding fathers affirmed, “We hold these truths to be...

Hi, I’m Traci Park. Some of you already know me, some of you may not. But we all have something in common: when Mike Bonin dropped out of the CD-11 race on January 27, we all breathed a collective sigh of relief. Although the recall effort did not qualify, Nico,...

April 6, 2022 (Santa Monica) "The Santa Monica Police Officers Association is proud to announce it is endorsing Traci Park for the Los Angeles Council District 11 seat," said Sgt. Gerardo Leyva, Chairman of the SMPOA. "Crime knows no boundaries and the SMPOA is...