On February 9, 2022, Councilman Bonin brought a motion directing LA City Planning to report back in 45 days on how to allow homeless shelters and interim housing to be established and operated, as a matter of right, in all residential areas of the entire City, without any regard for impact on the community. He is also asking for ways to make existing emergency / temporary shelters permanent.[i]

What does it mean? Councilman Bonin wants to create homeless shelters in every residential neighborhood in the City, even those zoned as R1, R1.5, and R2. He also wants to make all temporary shelters permanent, which means that the disastrous Venice Bridge Home, which the City promised would be a three-year commitment, would become a permanent blight on our community. 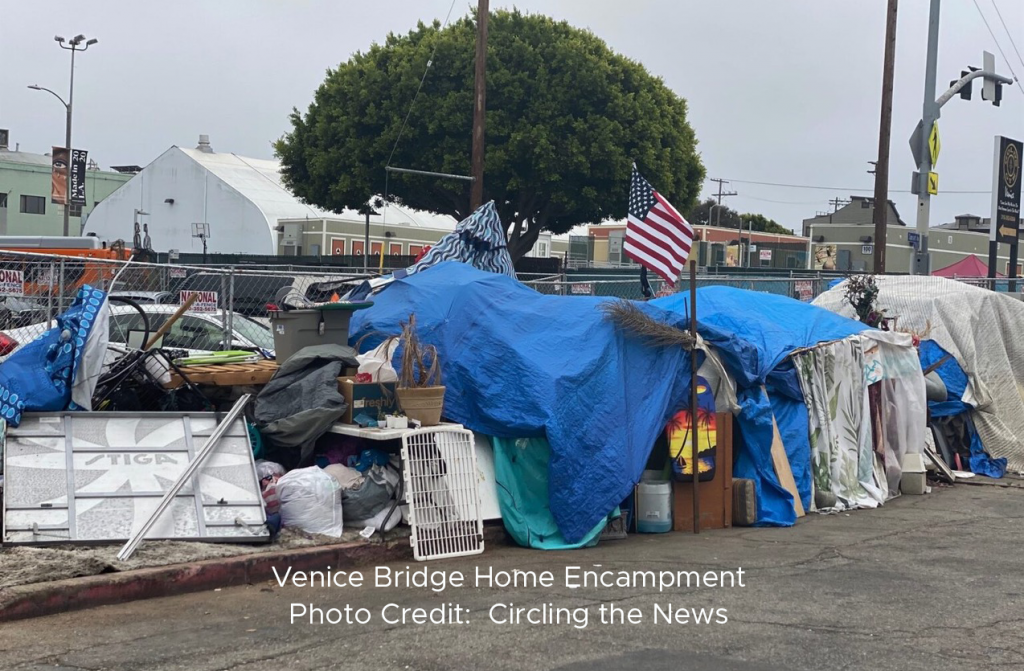 Why do we care? This is a radical departure from decades of land-use practices. In outright violation of the City Charter, Councilman Bonin has completely bypassed the Neighborhood Councils to ram this through. This motion tramples all over the due process rights of communities across the City. We all know from the catastrophic failures associated with the Venice Bridge Home that Mike Bonin cannot be trusted to manage these facilities in a safe or respectful manner. This motion helps create a pathway for him to repeat this disaster anywhere he wants to.

What can we do? Speak up! This motion is being heard in the Homelessness & Poverty Committee on Thursday, February 24 at 10:00 a.m.[ii] Call in! Send an email to every member of the City Council! Demand that this motion to be denied. If we do not come together as a District, and as a City, the chaos that you see in Venice will inevitably arrive in your neighborhood soon enough. I fully believe that existing communities should have a voice in these decisions, but that means we must all make our voices heard. Tell the City that you are not willing to tolerate another Bonin Bad Idea in your neighborhood!

We all know that homelessness is a crisis that demands urgent action. But, trampling on the rights of existing communities is not the answer. Mike Bonin has repeatedly proved to us that he cannot be trusted. The Venice Bridge Home is what broken promises looks like.

Please do not remain silent on this – we must do our best as a community to fight these bad ideas and stand up for our neighborhoods.

Hi Friends, On Wednesday, despite efforts of "activists" to shut down the meeting by screaming profanities at our elected officials, the LA City Council voted 11-3 to ban homeless encampments within 500 feet of schools and day-care centers, choosing to stand with...

Hi Friends, I hope you are having a great holiday weekend! As we celebrate the Fourth of July with friends and families, I am called to reflect on the adoption of the Declaration of Independence. As our founding fathers affirmed, “We hold these truths to be...

Hi, I’m Traci Park. Some of you already know me, some of you may not. But we all have something in common: when Mike Bonin dropped out of the CD-11 race on January 27, we all breathed a collective sigh of relief. Although the recall effort did not qualify, Nico,...

April 6, 2022 (Santa Monica) "The Santa Monica Police Officers Association is proud to announce it is endorsing Traci Park for the Los Angeles Council District 11 seat," said Sgt. Gerardo Leyva, Chairman of the SMPOA. "Crime knows no boundaries and the SMPOA is...